I want to try to continue a little on twin gear stuff, because again, having the right gear makes things either possible or impossible for me, especially on gimpy days.  But knowing that I can write forever on useless stuff (see post on the co-sleeper below) I'm going to try to consolidate gear reviews into annotated lists.

Things that I either didn't buy, couldn't afford, or found out about too late, but would have saved me so much time and aggravation: 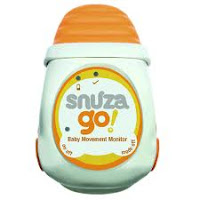 I heard of things like the Angel Monitors and other SIDS monitors before I had the babies, but I scoffed at them.  They were ways to prey upon new mother's fears and make money.  Then I had the babies.  And I totally think having a monitor might have saved me a few thousand trips to make sure they were breathing.  The first few weeks, especially, I was so raw and nervous.  Since I'd planned on having the babies sleep together, an under mattress monitor wouldn't have worked and I didn't know about these till later, when the babies were almost past peak SIDS time. These are small sensors that clip to a diaper and sound an alarm if it doesn't detect the baby breathing. Would it have really quelled my nerves? I don't know. 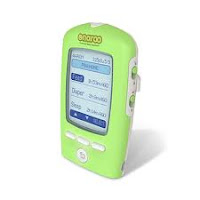 So, when you have a baby, you're supposed to write down feedings, diapers, sleep, etc. That's a lot of data when you are sleep deprived. I tried to keep track of this on my cell phone, but since I use an ancient (by cell phone standards) palm pre, the apps available didn't chart two babies well. Plus, I didn't want to leave my cell phone with my husband when I was off-duty. It was my life-line. We tried the notebook but not everyone would jot things down and keeping track of the spiral notebook and the pens was always a hassle in a world suddenly taken over by bottles and spit-up. I found out about this too late as well. There are times, like now, when one of the other of the babies is sick, that I still wish I had it to keep track of medications, etc. There is a free web-based service that you can use as well. PBA Online

I so wish I'd had this. I couldn't justify the expense for something used for such a limited time, but OMG this would have saved my life. I still wish I had a way of carrying both safely.
Posted by Lesley at 2:18 PM No comments: